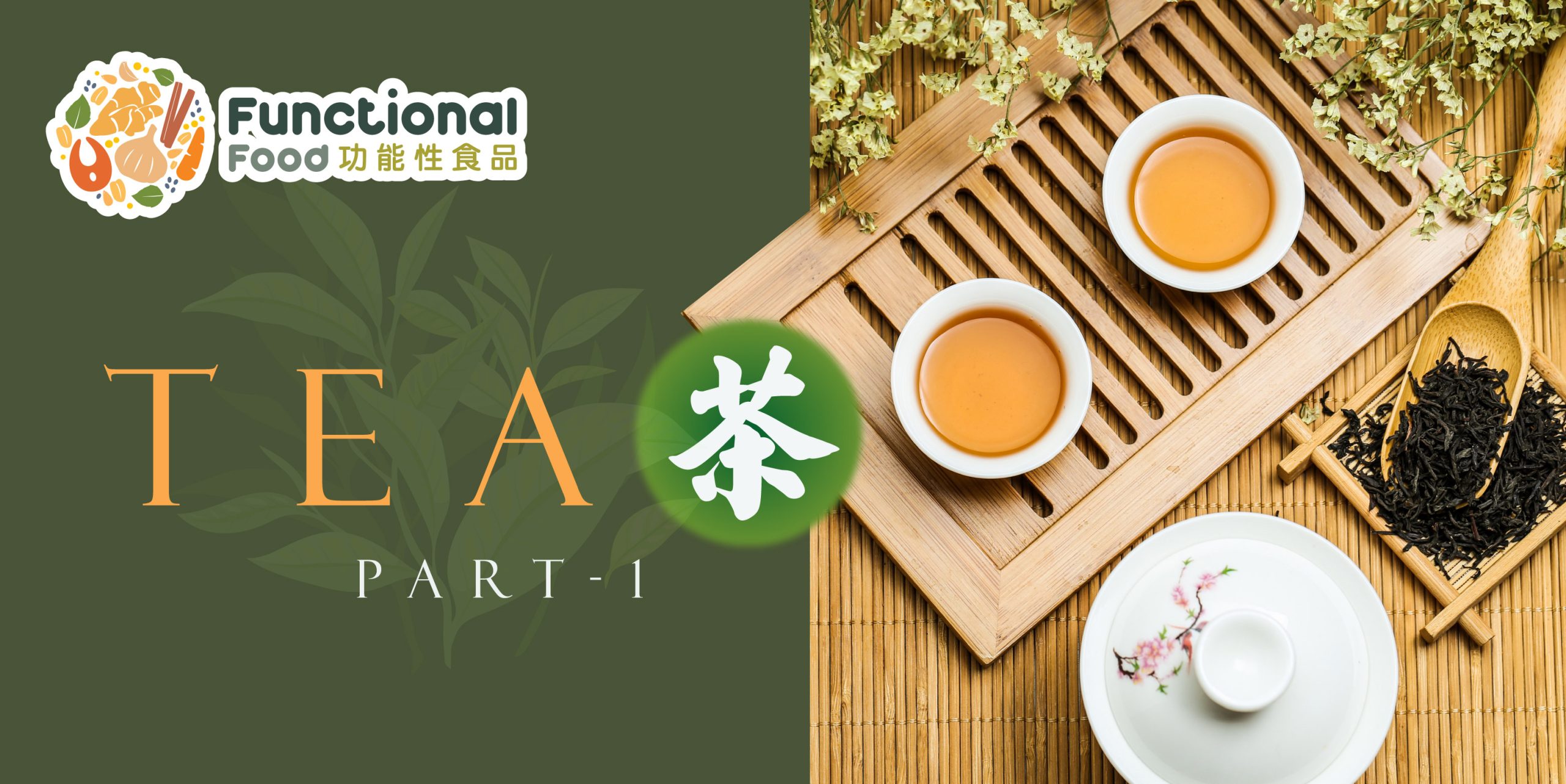 Tea is commonly recognized as a healthy drink and is very popular all over the world. In the “Tea Fact Sheet – 2021” by the American Tea Association, it is written that “Tea is the most widely consumed beverage in the world next to water”. Tea drinking has a very long history. Tea-drinking did not only stand the test of time, but it also has once-again become a healthy trend to pursue in recent years. In this column of Functional Food, the nutritional benefits and some myths with regard to “tea” will be discussed.

Tea-drinking is often associated with good health, the below are some of health benefits (based on various research studies) of the two most commonly consumed teas – Black tea & Green Tea:

1. Can tea be substituted for water?

No.
Tea contains a variety of diuretic components – theophylline, theobromine and caffeine. Studies have shown that the volume of urine excretion increased by 1.5 times in tea-drinking group than that of drinking water alone, drinking large amounts of tea may make the body lose more water than usual. It is recommended to drink tea in moderation (e.g. drink tea only 1-3 days a week) and remember the importance of drink water.

2. Is the popular sugar-free bottled tea a healthy choice?

Generally speaking, sugar-free tea is better than sugary drinks for its absence of health-concerning additives like glucose syrup, corn syrup, maltodextrin, artificial sweeteners, etc. But most of the nutrients, such as catechins and polyphenols, are lost during the production process. In addition, some bottled tea may have added flavor enhancers and flavoring, which may pose health risks in the long run. It is recommended to choose bottled tea with very simple and clean ingredient list or brew tea by yourself. Freshly brewed tea can better retain the original tea Nutritional value, and better color, fragrance and taste.

3. Is cold-brewed better than hot-brewed?

Cold brewing tea refers to tea brewed in cold, instead of hot, water, where the brewing time is usually about 2-8 hours.According to a study by the Taiwan Council of Agriculture, the caffeine and catechins content (contributor of bitterness) in cold-brew tea are 20-30% less than traditional hot-brew tea, while the theanine (contributor of sweetness) is 80% higher (that’s why cold-brew tea are sweeter).

The nutritional value of cold-brew and hot-brew tea both have their own advantages:
– Catechin is famously known for its antioxidant activity, which protects against the free-radical damage in the body;
– Theanine helps to ease tension and relax the body.
Cold brew tea is particularly suitable for those who are more sensitive to caffeine or worry about sleep quality while traditional hot-brew tea is suitable for most adults.
Based on hygiene considerations about microbial counts, consumption of tea brewed for more than 24 hours is not recommended by the Taiwan Council of Agricultur.