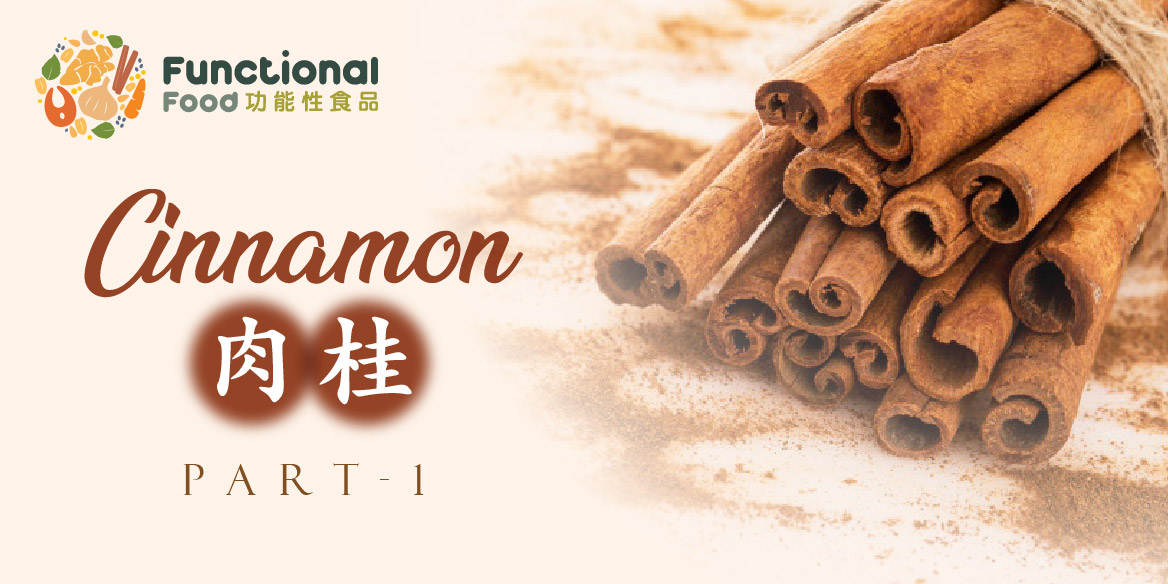 Cinnamon has always been a winter top choice to warm us up and a precious and healthy spice documented in many countries (the Bible, ancient Chinese medicine, ancient Egyptian documents, etc.). In these few years, cinnamon has taken the world by storm in the form of “cinnamon rolls”. In addition to its presence in desserts (e.g. cinnamon rolls and apple pies), cinnamon is also used as medicine. Its versatility and health benefits makes it a worth mentioning “functional food”. We will look at the nutritional benefits of Cinnamon in today’s article.

2. Lower blood sugar and blood lipid levels
A study of type 2 diabetes found that taking cinnamon powder helps reduce blood sugar and blood lipids. When compared to those who did not take cinnamon powder, those who took cinnamon powder (at doses 1 g, 3 g, and 6 g in three respective study groups) for consecutively 40 days, blood sugar levels were found to be reduced by 18-29%, blood lipids reduced by 23-30%, and low-density lipoprotein (LDL) also reduced by 7-27%.
Another study published in the Journal of the American College of Nutrition found that a water-soluble polyphenol named MHCP (Methyl Hydroxy-Chalcone Polymer) derived from cinnamon could mimic insulin in our body, therefore increasing insulin sensitivity.

3. Help burn fat and fight obesity
From the study published in the journal “Metabolism-Clinical and Experimental”, it was found that the cinnamaldehyde in cinnamon (responsible for the source of cinnamon’s unique fragrance) could induce thermogenesis of fat cells and promote fat metabolism.

4. Improve digestive tract function and improve stomach discomfort
According to the gut health study by the Australian RMIT University in Melbourne, cinnamon could help maintain the integrity of the gastrointestinal lining and improve the health of the digestive tract.
Cinnamon could also be used to treat indigestion, abdominal cramps, intestinal spasms, nausea, flatulence and diarrhea with reference to the Manipal Journal of Medical Sciences”.

In the ancient Western countries, cinnamon was worth more than gold and silver.
Recorded in “Natural History” by Pliny the Elder, the value of cinnamon in the first century AD was 15 times more than silver. In the 11th century, after the Crusades introduced cinnamon and other spices to Europe, cinnamon became a favorite and a status symbol of society.