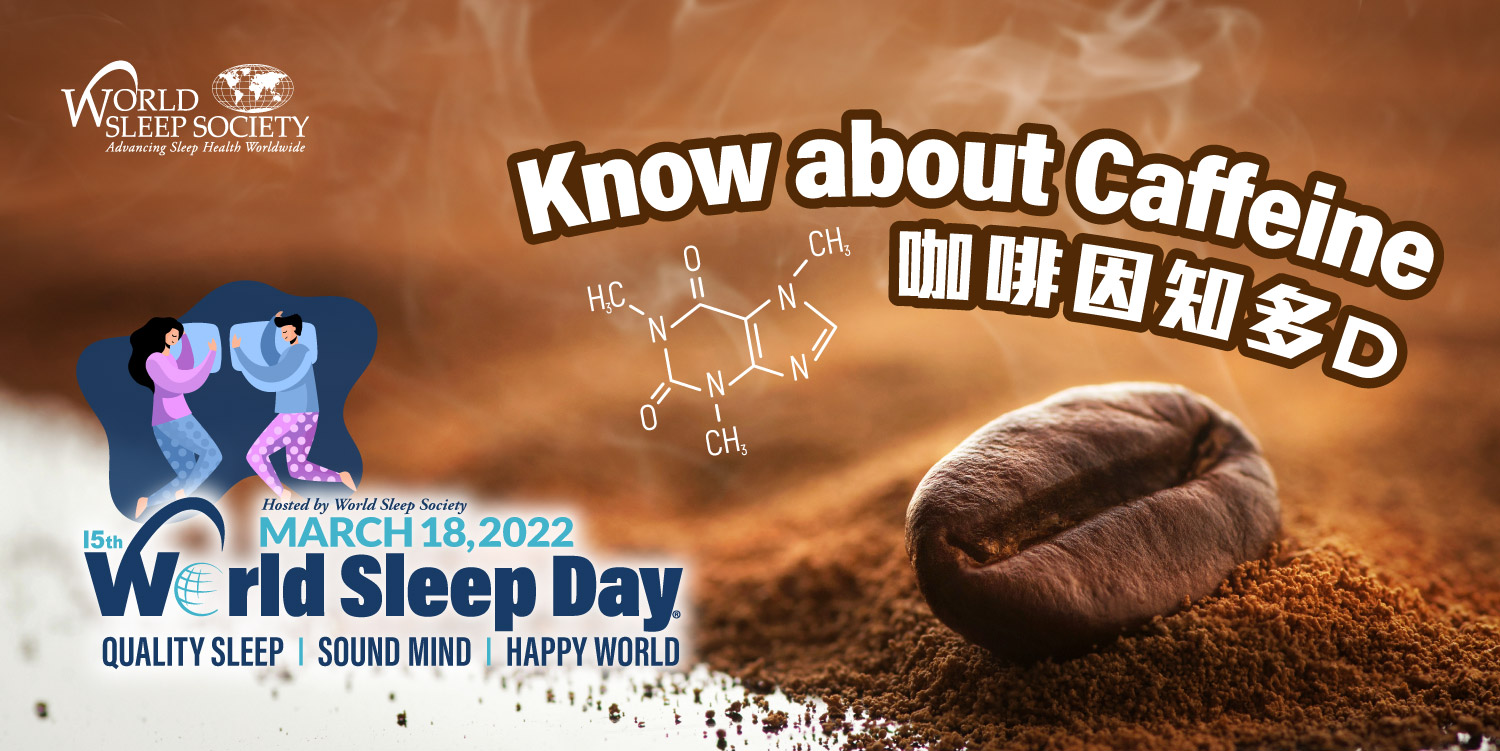 World Sleep Day, the third Friday of March, is an annual event organized by the World Association of Sleep Medicine with the aim to raise awareness in the importance of sleep quality and quantity for overall health and wellness. In fact, the chronic lack of adequate sleep does not only give you dark circles, but also increases the risk of obesity, diabetes, cardiovascular diseases and other chronic health threats.

It is easier said than done when it comes to getting enough sleep as a HKer. Since many of us rely on caffeine to get through the long days, let’s take a good look at how caffeine affects our body and sleep quality!

Where does caffeine come from?

Any food products made with the above as ingredient would contain a certain amount of caffeine, such as coffee, tea, chocolate and some soda drinks.

Taking a “small cup” size (i.e. ~240 mL / 8 oz) as standard, the caffeine content levels of beverages commonly available in HK are as follow:

How does caffeine keep us awake?

Caffeine keeps us awake by suppressing the activity of a chemical called adenosine in our body.

During daytime, our body constantly converts energy from food we consumed, during which adenosine is produced as a form of metabolic waste. As the day goes by, adenosine accumulates in circulation and continues to binds with the neurons in our brain, causing the build of sleepiness.

Caffeine has a very similar molecular structure as adenosine, hence, is able to compete for the cell binding sites and inhibits the activities by adenosine.  Caffeine is rapidly absorbed into circulation within 45 minutes of consumption and can peak within 15 minutes to 2 hours. During this time, caffeine helps to temporarily suppress (or delay) the feeling of “drowsiness” or “sleepiness”.

How much caffeine can we consume in a day?

There has yet been a consensus of the recommendation of daily caffeine intake, the general guidance is as follow:

Why do we still feel tired, or even more tired, after drinking coffee sometimes?

Caffeine only works as a temporary blocker of adenosine (hence the sleepiness), not a correction or replacement of the sleep our body needs.

While caffeine runs in our circulation, adenosine is still being constantly produced and accumulated. Once our body clears out the caffeine, adenosine will bind with the neurons again and bring back an even stronger kick of sleepiness.

In general, it may take up to 10 hours for the body of a general adult to remove all caffeine consumed. Hence, consuming too much caffeine or having it too late in the day may impact your sleep quality and quantity. Using caffeine as a quick fix to the tiredness after a poor night of sleep is often the first step of the viscous cycle.

Do beverages such as coffee and tea impact our health in any other ways?